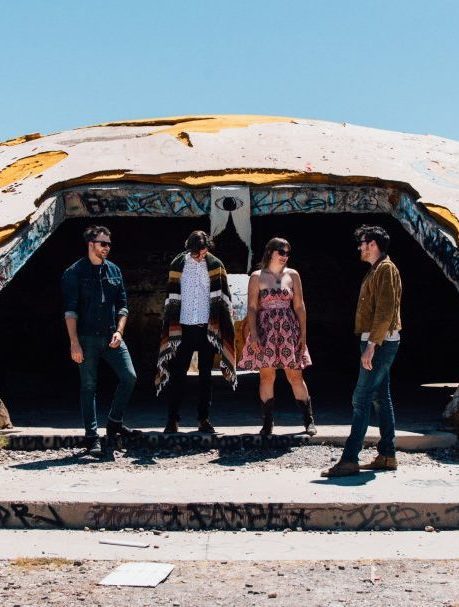 “Awake in the Night” finds the band searching for hope in the face of growing older, political unrest and the general anxiety of our modern age. The joy and struggle of new parenthood also informs the record, offering a bright light along with brand new concerns. Through it all, the group finds passion and solace in their music.

The group released their debut EP in 2015, followed by 2017’s LUSH. That record featured the lead single “Alright,” which Impose Magazine called “Incredibly satisfying psychedelic rock” and the Phoenix New Times named one of The 50 Best Songs by Phoenix Bands in 2016. The group performed at the 2018 M3F Festival, the 2018 Canal Convergence Festival, the Sidepony Express Music Festival and more. You can find them playing shows on ramshackle stages in dirt lots, backyards, and dark bars.